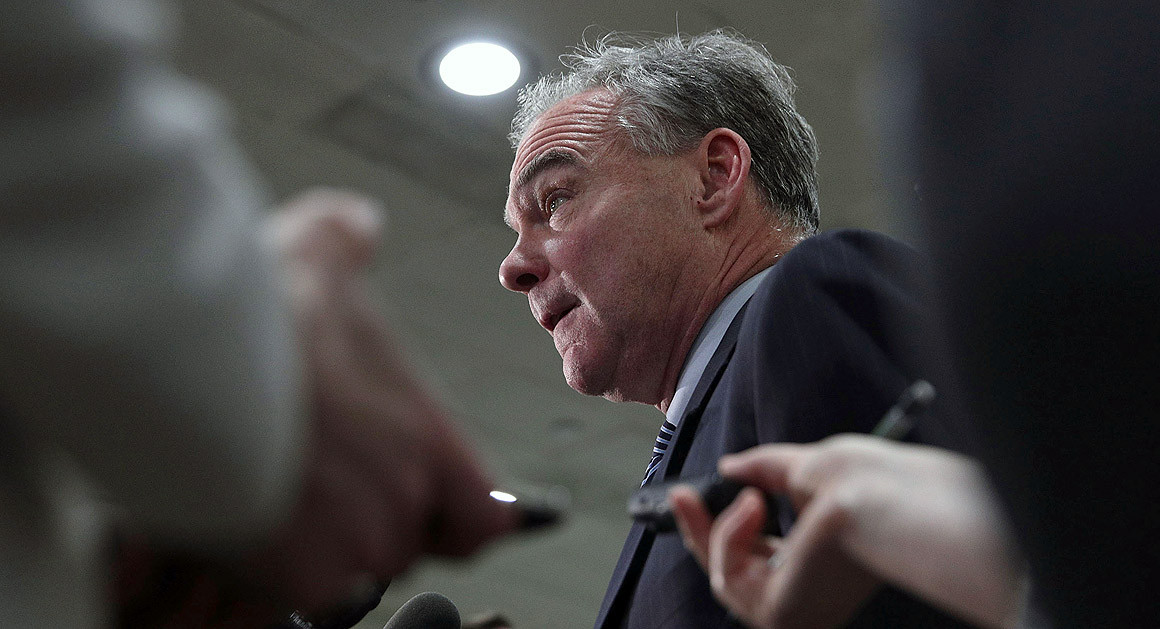 Virginia Sen. Tim Kaine is urging the Democratic National Committee to end its tradition of using superdelegates, which activists say diminish the influence of regular voters at the expense of party bigwigs in the presidential nominating process.

“I have long believed there should be no superdelegates. These positions are given undue influence in the popular nominating contest and make the process less democratic,” Kaine wrote in a letter Wednesday to DNC chairman Tom Perez, according to a copy obtained by POLITICO.

The plea from Kaine — himself a former DNC chairman, Hillary Clinton’s 2016 running mate, and a superdelegate — puts him on the side of many backers of Vermont Sen. Bernie Sanders, Clinton’s primary opponent in last year’s race for the White House. Under the current system, elected officials and influential party members get to cast a vote for their preferred presidential candidate with extra weight, regardless of how their state or district votes during the primary.

Pointing to the ongoing work of the Unity Reform Commission appointed last year to review and change the DNC’s nominating process, Kaine urged the group to recommend doing away with the superdelegate system altogether, and by extension encouraged Perez to adopt that proposal.

“I support the ongoing reform effort and write regarding one aspect of the Commission’s work,” he wrote in the letter.

Kaine — who served as the DNC chairman between 2009 and 2011, largely during his time as Virginia’s governor — goes on to pledge that if the rules do not change, he will commit to voting for whoever his state supports in future nominating contests.

“I encourage any other superdelegate who feels the same way to take the same pledge. I believe the task of the Unity Commission will be made easier if its members know that there are many superdelegates, appointed automatically pursuant to party rules, who don’t mind changes to the current system to make our rules more democratic,” he wrote.

His letter could spur other superdelegates to publicly weigh in on the system’s future.

The superdelegate question has been front-and-center in the commission’s deliberations, and Sanders himself has urged reform to the process after Clinton entered their 2016 match-up with substantial support even prior to any primary contest.

After months worth of meetings, the commission — made up of appointees of Clinton, Sanders, and Perez — is due to wrap up its work and issue recommendations next month.

The group has considered various proposals for dealing with superdelegates — including automatically binding their votes to their states’ choice — but getting rid of them altogether has proven controversial, as some have argued that would be unfair to certain minority groups who they argue are otherwise under-represented.

The DNC’s handling of these recommendations is shaping up to be yet another inflection point for the organization, which has suffered through poor fund-raising and a series of controversies in recent months, most recently when former chair Donna Brazile published a book suggesting the institution was unfairly tipped toward Clinton over Sanders.